A complete bibliography and repository of Sheldon Pollock's scholarly work.

Welcome to the complete bibliographic index and digital repository for Sheldon Pollock, Arvind Raghunathan Professor emeritus of South Asian Studies at Columbia University. To explore the bibliography, simply click on one of the categories listed below.

Pollock is the Founding General Editor of the Murty Classical Library of India series published by Harvard University Press. He was Associate and then General Editor of the Clay Sanskrit Library, for which he also edited and translated a number of volumes, and founder and joint editor of “South Asia across the Disciplines,” a collaborative venture of the university presses of California, Chicago, and Columbia. He directed the international collaborative research projects “Literary Cultures in History: Reconstructions from South Asia” and “Sanskrit Knowledge Systems on the Eve of Colonialism.” Additionally, he was the principal investigator for “SARIT: Enriching Digital Collections in Indology,” supported by the National Endowment for the Humanities/Deutsche Forschungsgemeinschaft Bilateral Digital Humanities Program.

His publications include, The Language of the Gods in the World of Men: Sanskrit, Culture, and Power in Premodern India (2006), which won a number of awards (the Coomaraswamy Prize from the Association of Asian Studies; the Lionel Trilling Award; the Professional and Scholarly Publishing Division Award for Excellence in Literature, Language, & Linguistics, the Association of American Publishers; American Library Association award, Humanities: Language and Literature). His writings have been translated into half a dozen languages, including most recently Kritische Philologie: Essays zu Literatur, Sprache und Macht in Indien und Europa (Wallenstein Verlag, 2015). Among his edited volumes are Literary Cultures in History: Reconstructions from South Asia (University of California Press, 2003), Forms of Knowledge in Early Modern Asia (Duke University Press, 2011), World Philology (Harvard University Press, 2015, with Benjamin Elman and Kevin Chang), and What China and India Once Were: The Pasts That May Shape the Global Future (Columbia University Press, 2018, with Benjamin Elman). A Rasa Reader: Classical Indian Aesthetics, the first in the series of historical sourcebooks on classical Indian thought that he is editing for Columbia University Press, was awarded the 2019 Friedrich-Weller-Preis of the Saxon Academy of Sciences, Leipzig.

He has supervised more than two dozen doctoral dissertations, and his former students hold appointments in philology, history, religion and comparative literature, at many major centers of South Asian Studies in the US and abroad.

In 2008, Pollock received the Distinguished Achievement Award from the Andrew W. Mellon Foundation for significant contributions to humanistic inquiry, and in 2009, the President's Award for Sanskrit, from the Government of India. The following year the Padma Shri, the fourth highest civilian award in India, was conferred upon him. He is the first American to be so honored for academic accomplishment. In 2014, he was elected a fellow of the American Academy of Arts and Sciences (he resigned in 2021, in protest against the elimination of “philology” as a section category of the Academy), and in 2020, a Corresponding Fellow of the British Academy. 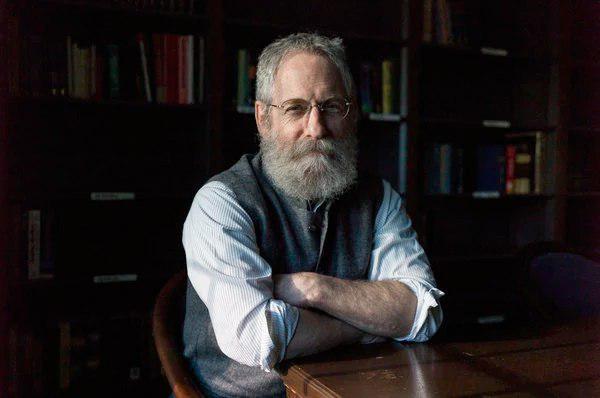 The site is built according to minimal computing standards to make it durable and broadly accessible. You can also download the complete bibliography as a bibTex file, or browse as a Zotero collection.